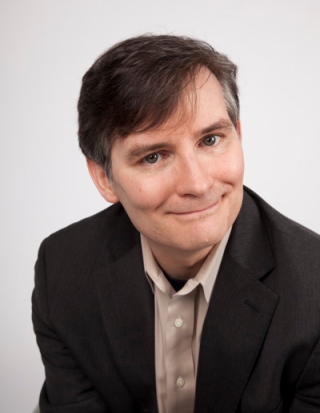 John Rennie is a science writer, editor, and lecturer based in New York. Viewers of The Weather Channel know him as the host of the original series Hacking The Planet and co-host of the hit special The Truth About Twisters. He is also the editorial director of science for McGraw-Hill Education, overseeing its highly respected AccessScience online reference and the McGraw-Hill Encyclopedia of Science & Technology.

Rennie served as editor in chief of Scientific American (including the monthly magazine, Scientific American Mind, ScientificAmerican.com and other publications) between 1994 and 2009. During his tenure the magazine twice won National Magazine Awards with the single-topic issues What You Need to Know about Cancer (Sept. 1996) and A Matter of Time (Sept. 2002). His satirical editorial essay “Okay, We Give Up” (April 2005) was also a finalist in the Essay and Commentary category. His 2002 article, “15 Answers to Creationist Nonsense,” is one of the most read and downloaded articles in the history of ScientificAmerican.com.

From 2011 to 2013, he wrote “The Savvy Scientist” column for the online magazine SmartPlanet. He is an editor at large for the magazine sites Txchnologist and Ecomagination (sponsored by GE).

Follow his ongoing commentary on science, technology, medicine and other matters on The Gleaming Retort, part of the PLOS BLOGS science blogging network, or on Twitter at @tvjrennie. 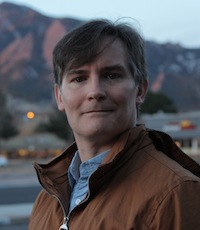 At dawn in Boulder, Col., for Hacking The Planet. (Credit: Tim Metzger)

Prior to his work on Hacking The Planet, Rennie’s numerous television and radio appearances include PBS’s Newshour with Jim Lehrer, ABC World News, The CBS Early Show, the History Channel specials How the Earth Made Man and Clash of the Cavemen, Discovery’s Apocalypse How, NPR’s Science Friday, Minnesota Public Radio’s Marketplace and many other programs. As a frequent public speaker, Rennie has appeared before audiences as diverse as those at the World Innovation Forum, the Massachusetts Institute of Technology, the Wharton School of Business, the University of Tennessee School of Journalism and Middlebury College; he has also been featured twice at the World Life Sciences Forum in Lyon, France, and at a variety of other conferences.

Since 2009, he has been an adjunct instructor in the graduate Science, Health and Environmental Reporting Program at the Arthur L. Carter Journalism Institute of New York University. He is also a member of the faculty of the Banff Science Communication program at the Banff Arts Centre in Alberta, Canada.

In 2000 Rennie was the recipient of the Sagan Award for Public Understanding of Science, bestowed by the Council of Scientific Society Presidents. In Sept. 2003 the Potomac Institute for Policy Studies honored him with its Navigator Award for distinguished service in support of national science and technology policy. He serves as a trustee of the James Randi Educational Foundation, on the board of managers for a Harlem Success Academy charter school in New York City, on the board of directors for the National Science Communication Institute, and as an advisor to the Science & Entertainment Exchange. He is also a proud adviser to the New York City Skeptics.